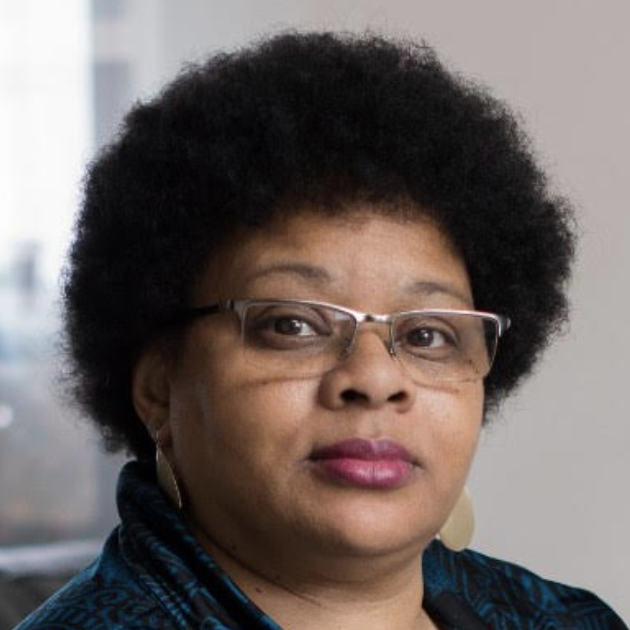 Pam Phillips' Changing the Narrative (CTN) is a resident-centered, place-based community engagement project that seeks to expand the discussion around the public housing program and experience to one more inclusive of resident voices.  With the shortage of affordable housing, the public housing program is a valuable asset that needs defense, transformation, and expansion. Understanding this landscape from the resident perspective is critical to how we record this time in our history. The dominant narrative related to this program is centered around the crumbling infrastructure, maintenance issues, and a wide range of quality of life issues.  Consequently, this depressive narrative influences policies that often cause harm to these communities and the residents who call public housing home. Through a series of community-based workshops, CTN creates spaces for residents to share their experiences, identify issues important to them, and explore solutions to improve their communities. These discussions and interviews are captured using audio and visual documentation in order to share with the general public, scholars, researchers, and other stakeholders.  This summer, through the DHC fellowship, my goal is to create an online platform to house these stories and photos and provide a place for the stories to come.

Pam Phillips is the Senior Programs Assistant for the Barnard Center for Research on Women.

I have lived in public housing for the majority of my life and experienced first-hand how the negative images and perceptions of public housing communities and residents can invoke feelings of shame and embarrassment because of the way media influences public discourse. The communities are portrayed as breeding grounds for crime and drugs and the residents are often characterized as people who don’t work, are lazy and want to live off of the government. Much of what mainstream media writes about public housing often has a negative tinge; focusing primarily on the conditions of the buildings, mismanagement of the properties, government disinvestment, and the impact of concentrated poverty. Residents are sought for comment mainly to add authenticity to reported claims. Rarely are they asked to provide a counter-narrative or about anything other than the housing stock, as if there aren’t whole lives being discounted. It is a personal and professional goal to bring residents’ stories into the light, paint these developments with an air of community and hope and highlight public housing as a stabilizing force in urban communities.

To that end, I am working on a project seeking to change the way we think of public housing as a program and how we perceive the NYCHA developments and residents who live there by centering the resident’s voice as the main narrator of their personal stories and experience.  Through a series of informal workshops that foster group discussion and facilitated peer interviewing, we have begun to engage with residents in their community to talk about their history and experience of living in public housing.  We documented these discussions using audio and visual aides. This summer, with the help of the DHC, the goal is to create a website to share these materials with the general public – especially housing residents, advocates, researchers, and other stakeholders.

Currently this project has a hyper-local focus; hosting workshops in only two developments in the Bronx and Manhattan; gradually and methodically extending our reach to several developments within and across each borough.  Additionally, we aim to corroborate (and build relationships) with other organizations and activists who work on housing issues at the intersections of race, gender, sexuality, and criminalizing homelessness and LGBTQ youth and people of color.  Our ultimate goal is to bring the project to scale, moving from New York and Chicago to a national and international focus on public housing where other cities and countries are working on creative ways to deal with housing, homelessness, displacement, gentrification, and development.