Home to Harlem: Hurston and Hughes in the 1920s

Home to Harlem: Hurston and Hughes in the 1920s

The class explored the cultural history and aesthetic debates that animated Harlem in 1920s via close reading of the poetry, fiction, essays, and plays of Barnard alum Zora Neale Hurston and Columbia student Langston Hughes, who, for a time juggled student life in Morningside Heights and the joys and challenges of being major figures in the Harlem or New Negro Renaissance. Hurston and Hughes navigated the demands of being artists and representatives of “the race” in similar and different ways; their explorations of Harlem as a physical space and an imaginative playground shaped conceptions of Black identity and possibility at the beginning of the 20th century and beyond. Hurston and Hughes worked together to define the Renaissance according to their radical visions of race, class, gender, and sexuality. Though they always had Harlem “on their minds,” they also traveled all over the US and the world during this time. They were the best of friends and collaborators until they famously fell out at the end of the decade. 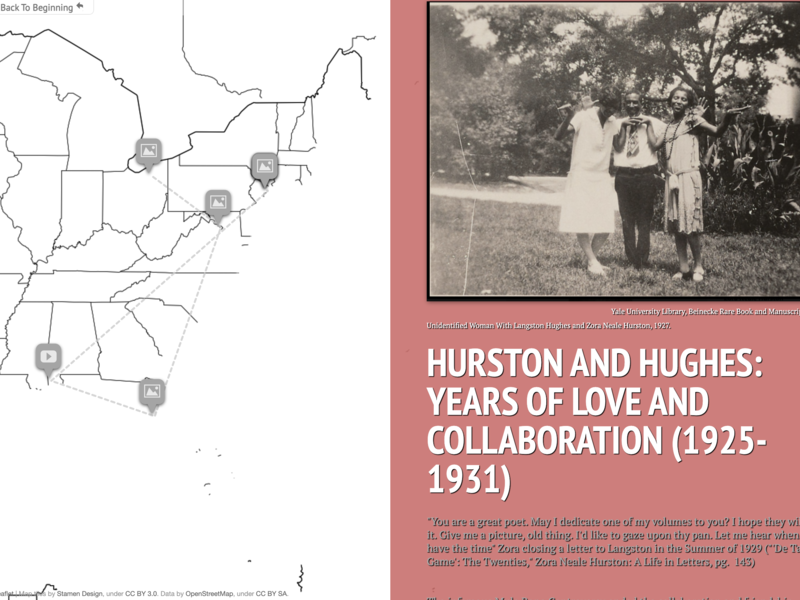 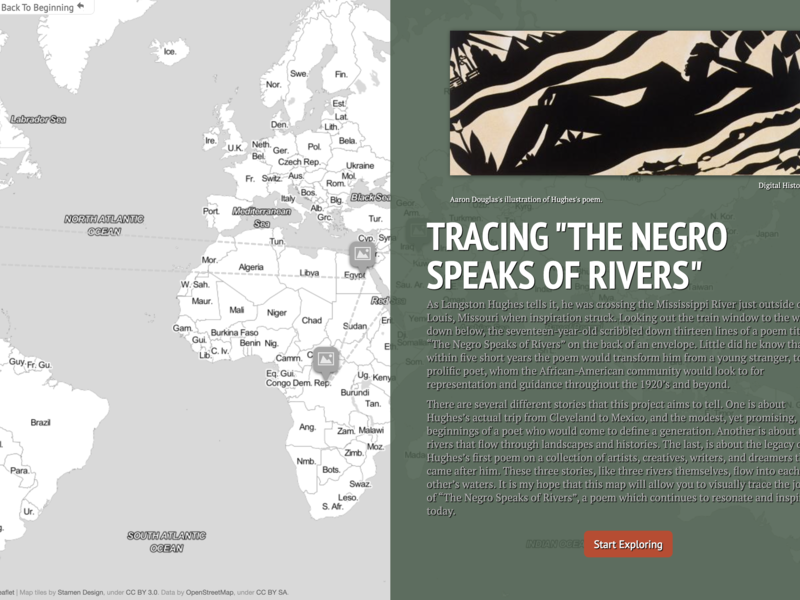 Tracing “The Negro Speaks of Rivers” 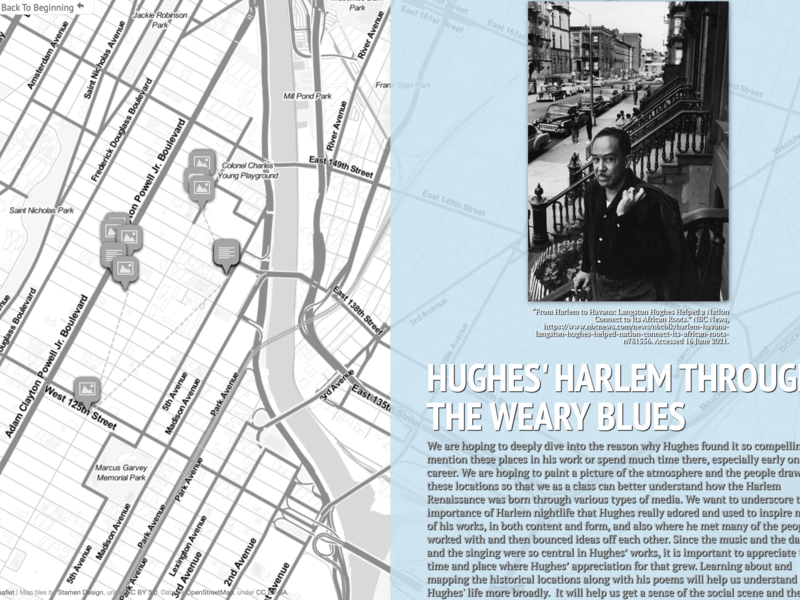 Hughes’ Harlem Through The Weary Blues 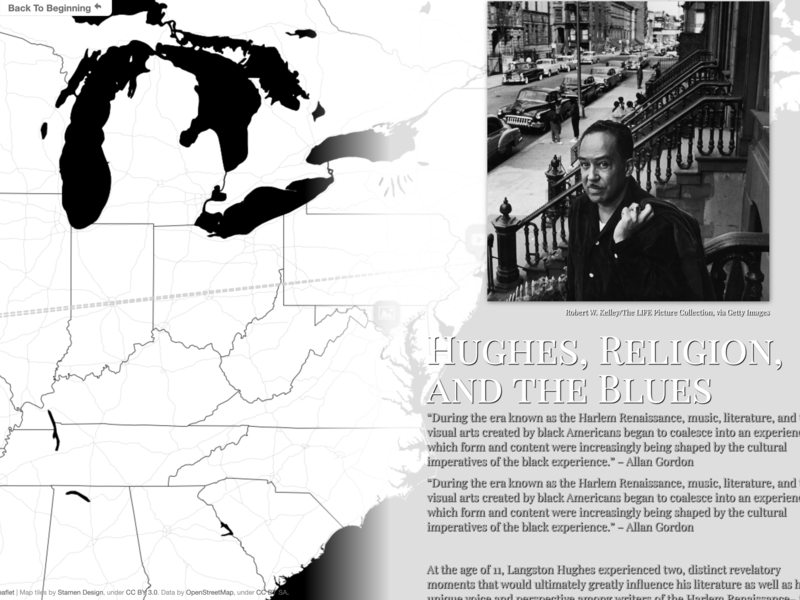 Hughes, Religion, and the Blues 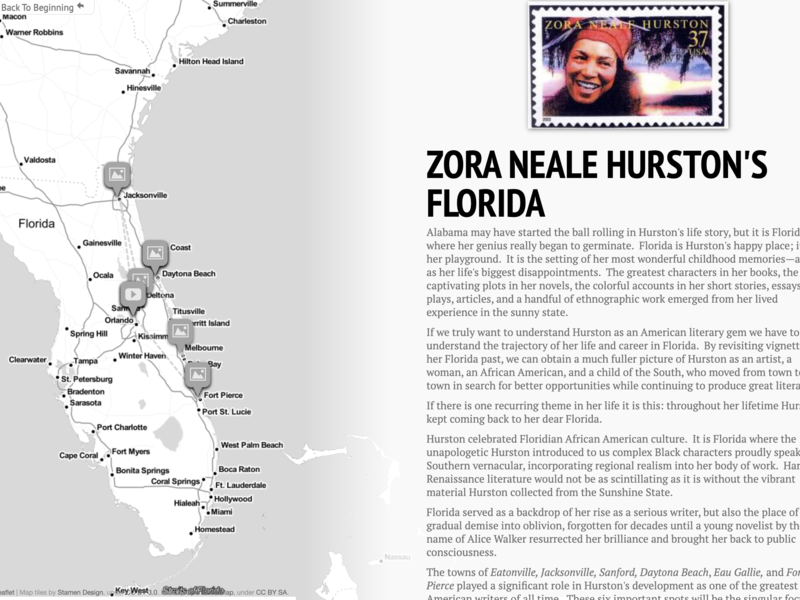 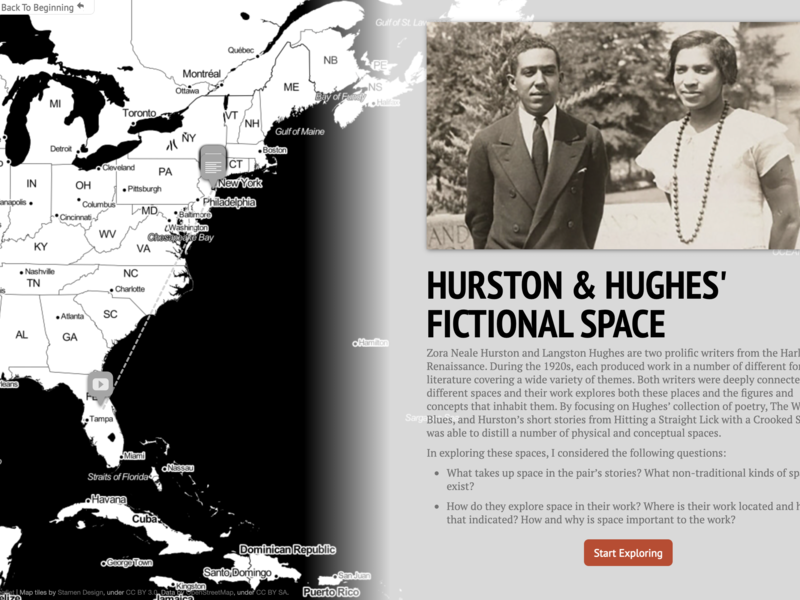